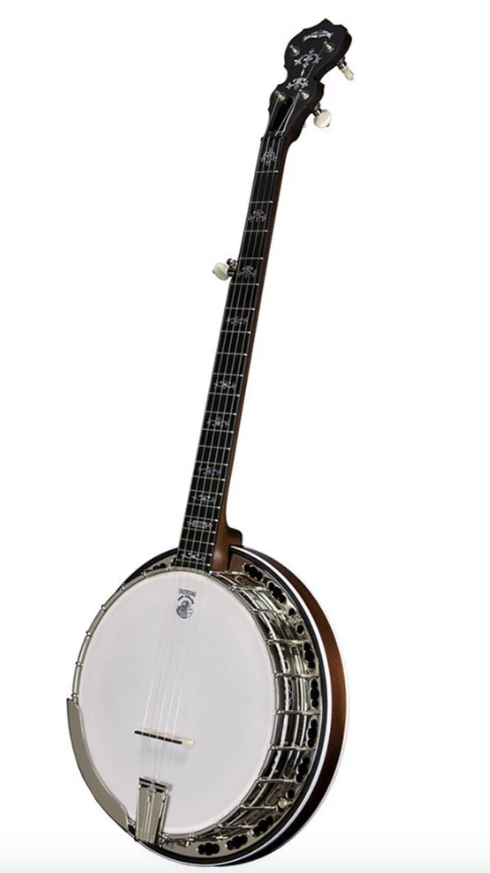 The Deering Sierra banjo is truly the flagship of Deering's entire line! The pot assembly of the Sierra, the violin grade maple 3 ply rim, the -06- tone ring, the one piece zinc flange, the notched tension hoop, the Deering tail piece and armrest are exactly the same as their whole line all the way up to the Gabriella, with just a few exceptions. The only exceptions are; the Golden Era has a different zinc flange, the Hartford has a Grenadillo wood tone ring, the Terry Baucom has an -06- tone ring that is just a few ounces lighter than the standard -06- tone ring, and the Tenbrooks banjos have the Swiss Jens Kruger tone ring.

When Deering first introduced the Sierra they kept the cost down by keeping the cosmetics simple. They put the money into the pot assembly. They wanted to build a top professional banjo at a price that people could afford when they were a kid going to the music store on their way home from school everyday.

With the implementation of new technology we have been able to make the Sierra exquisitely beautiful without raising the price. They have been greatly inspired by the art work of the old masters of the Boston banjo era from the turn of the last century.