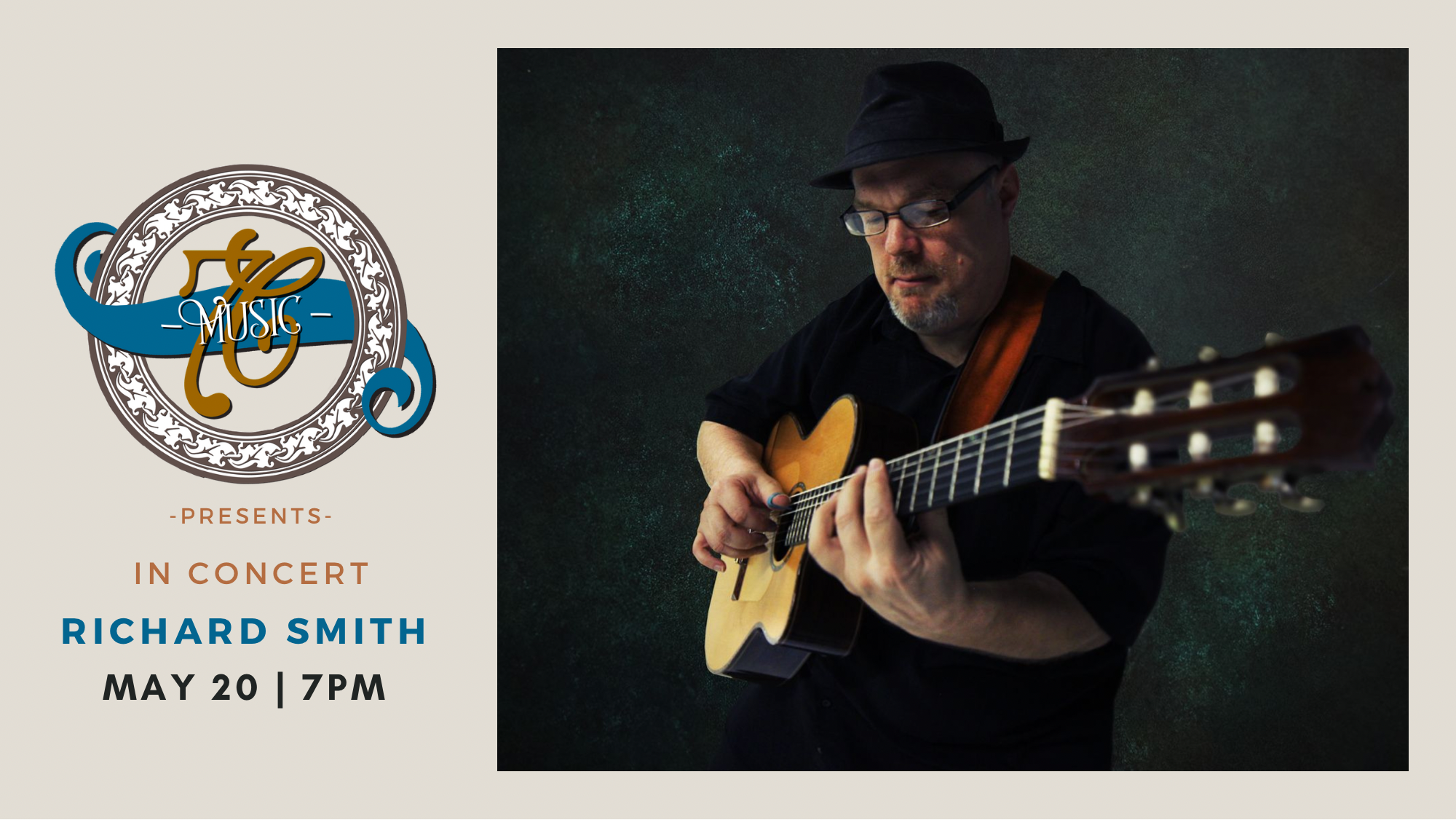 Product displayed may not be in stock due to same day in store sales that may not reflect online.
Richard Smith is an English guitarist specializing in the fingerstyle guitar tradition of Merle Travis, Chet Atkins, and Jerry Reed. Smith is the 2001 National Fingerstyle Guitar Champion, and the National Thumbpickers Hall of Fame named him Thumbpicker of the Year in 2008 and inducted him into the Hall of Fame in 2009. He received the Golden Thumbpick Award by the Association of Fingerstyle Guitarists.


Smith was born in Beckenham, England. He picked up the guitar when he was five years old after watching his father playing an Atkins and Travis version of "Down South Blues". He begged his father, a longtime Atkins admirer, to introduce him to the fingerpicking style. Smith soon became a child prodigy on the guitar. At the age of 11 he shared the stage with his idol when Atkins invited Smith to play with him at Her Majesty's Theatre in London. He was also influenced by guitarist Big Jim Sullivan and briefly studied jazz guitar with Shane Hill at Warlingham School, Surrey.

He formed the Richard Smith Guitar Trio with his brothers Rob and Sam before marrying American cellist Julie Adams and moving to Nashville, Tennessee in 1999. He founded the Hot Club of Nashville, a jam band with a varying lineup that included John Jorgenson, Pat Bergeson, Bryan Sutton, and Stuart Duncan, combining gypsy jazz and western swing. Smith performs as a solo act and a duo with his wife. His repertoire includes country, bluegrass, blues, ragtime, folk, jazz, pop, and classical music.